The band want to turn things around to make their tours environmentally friendly. Explaining that the group want their future tours to “have a positive impact”, Martin added: “All of us have to work out the best way of doing our job.”

“Our next tour will be the best possible version of a tour like that environmentally,” he said. “We would be disappointed if it’s not carbon neutral.

“We’re taking time over the next year or two, to work out how our tour can not only be sustainable [but] how can it be actively beneficial, how can we harness the resources that our tour creates and make it have a positive impact,” Frontman Chris Martin told BBC News in an interview.

Coldplay will next perform in the Jordanian capital of Amman on Friday for two shows that will be streamed live on YouTube. They will also take to the stage at London’s Natural History Museum on 25 November for a one-off concert for fans – the proceeds from which will be donated to an environmental charity.

The band are currently in Jordan to perform two shows which will be streamed live on YouTube. The gigs will take place on Friday at sunrise and sunset, with the group performing one half of new album Everyday Life at each concert.

Everyday Life will be released on Friday, with songs inspired by stories and news reports from around the world.

“If you’ve had the privilege of travelling around the world, you know we’re all from the same place,” Martin said.

“In a very gentle British way, this record is us saying we don’t feel different from any human on earth.”

The WWF welcomed Coldplay’s initiative, saying: “It is fantastic to see world-famous artists stepping up to protect the planet.

“We all have a responsibility to lead by example in the face of this climate and nature crisis – inaction is not an option if we are to preserve our planet for future generations,” said Gareth Redmond-King, the organisation’s head of climate change.

Speaking to BBC entertainment correspondent Colin Paterson, Martin said Jordan had been chosen because “we wanted to pick somewhere in the middle of the world where we normally don’t get to play”.

He said the new record – which will be released on Friday – reflected the band’s global perspective.

“If you’ve had the privilege of travelling around the world, you know we’re all from the same place,” he went on.

“In a very gentle British way, this record is us saying we don’t feel different from any human on earth.”

Martin said songs from Everyday Life had been inspired in part by BBC News reports about an Afghan gardener and a Nigerian hymn composer.

Coldplay will perform a one-off gig at the Natural History Museum on November 25 and have pledged to donate all proceeds to environmental charity ClientEarth.

Carbon footprint of a tour 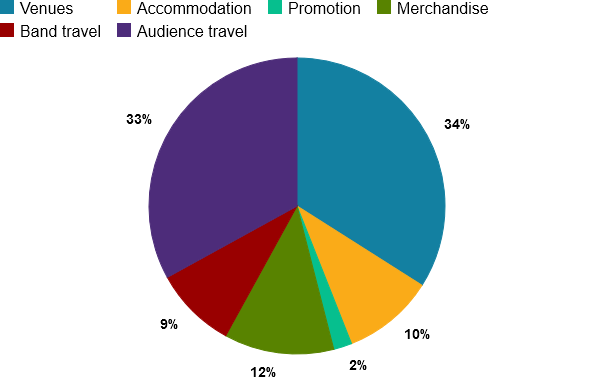 Staging a world tour isn’t as simple as bunging Chris Martin and his bandmates in the back of a mini-van with a map and a year’s supply of digestives.

There’s no easy way to calculate the band’s carbon footprint; but the music industry’s most recent figures suggest that live music generates 405,000 tonnes of greenhouse-gas emissions in the UK every year.

It’s not just flights that cause the problem. Fans travelling to and from shows are the biggest source of pollution; but there’s an environmental cost to producing merchandise, powering the spotlights and moving stages from venue to venue.

At the most extreme end of the scale, the ambitious “claw” structure that U2 took on the road in 2009 required 120 trucks to shift it around. According to one environmental group, the band generated the equivalent carbon footprint of a return flight to Mars.

Since then, the industry has stepped up its efforts to become more sustainable.

Radiohead swapped spotlights for LEDs, which use a fraction of the power needed for a traditional lighting rig. The 1975 have stopped making new merchandise, and are donating £1 from every ticket sold to One Tree Planted, a non-profit organisation that plants trees all over the world. And U2 have enacted a number of changes, from recycling guitar strings to using hydrogen fuel cells.

Coldplay are going one step further. They don’t just want to be carbon neutral, but to have tours that are “actively beneficial” to the planet. And by putting their concerts on hold, they’re giving up a huge pay day: The Head Full of Dream tour made $523m.

The industry will be watching to see what solutions they come up with.

7 Reasons to switch to eco-friendly packaging 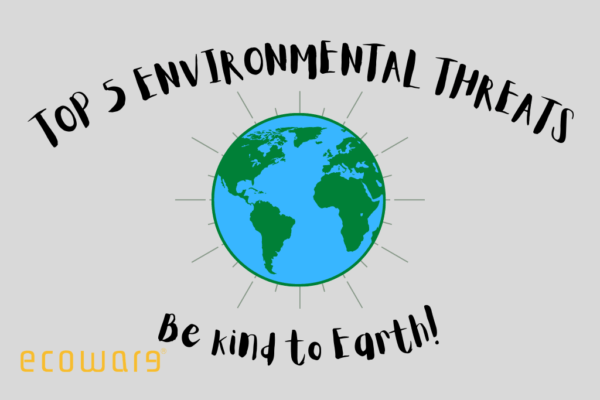 The Earth Is What We All Have In Common!